Opportunity Costs of Bullshitting Yourself 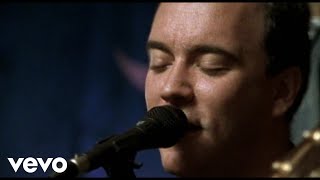 Cost of Not Expressing Gratitude

Crawling into bed last night I was relishing in the great amount of charm I had just exhibited at the CSU Key Communities Annual Etiquette Dinner. Fine, actually I was reflecting on the grace and aptitude exhibited by a group of students who will soon be leading our communities. As the only alum at the table, I was tasked with engaging conversation and learning more about these future change-makers.

Seeing many of these women already empowered and ready to take charge, was genuinely inspiring. One student will receive her degree in construction management and has plans to shake up the concrete industry. Another student has plans to engage in nothing less than a front-facing, earth-moving career in public relations. Thinking back to my career aspirations at that time in life, I could only remember one priority, make sure Zeus had good food and vet care.

As the table wrapped up sharing their ambitions, it was time for me to tell the crew where my time at CSU had led me. "I recently wrapped up leading a complex due diligence process, where thankfully the transaction closed and the company was acquired." "Why did you not stay on with the company?" one of the students asked. Without hesitation, I answered, "My priorities reside in creating a different future for my family and me." We then headed into another set of topics, sharing other life experiences.

In bed, cuddling with the smooshes, I turned on my favorite Wednesday night show, The Goldbergs. Yes, I know…....Anyway, in one particular moment of the story line, Barry is dressed up as the venus fly trap from the Little Shop of Horrors and his girlfriend is guilting him into going to the high school Halloween dance with his sister Erica. Otherwise, she would be without a date. In his efforts to mock and irritate his sister, he dances around in the costume and ultimately ended up being more and more adorable. When it was pointed out to him, his reply was, "Damn it, everything I do in this costume fights my agenda!"

I backed up the scene and watched it two more times. It was a message I needed to hear, absorb, document, and share.

Everything we do, when in costume, fights our agenda.

During dinner, my response about a different future was a mask I put on to be polite and encourage the group toward topics of inspiration and collaboration. Had I dropped the costume, the response would have been different. Very, very different. I chose to disguise a truth and missed an opportunity to share a valuable lesson with the students. Strong and capable female students.

My agenda throughout this crazy and unbelievable career has been to kick ass and take names without allowing myself or my team ever to be victims. Without anyone on my team ever feeling like someone, no matter race or gender, took away their voice or power. An agenda packed with ensuring that I am a leader and role model to the individuals around me. An agenda which has resulted in compliments from CEOs such as, "She isn't just the best female executive in the industry, she's the best executive in the industry."

For whatever reason last night, which is very unlike me, I chose to conceal. To pretense. Likely because I felt like it was not the right time or place for a rant; maybe because I had never really thought about the answer. However, it was the right time and place for a moment of leadership and sharing that there are times in your life when the money is not worth it. That at all times you must make sure that your decisions reflect your values. Anything that is contrary to your agenda is against you. Against your voice.

So, ask yourself - how is the costume you are wearing, fighting your agenda?

As an aside my preferred definition of agenda is, "matters to be acted on."